Solera is one of the fastest growing alcohol companies in the Nordic countries, importing, among other products, the Ginger Joe product family.

The customer needed an engaging and fun advertising campaign to promote the diverse products of Ginger Joe product family at the same time – both a non-alcoholic ginger beer and a newcomer, 6.5% alcohol mix.

We designed a concept that connects to the “new year, new me” mentality as the campaign was launched in January. The idea behind the concept was to cherish renewing oneself and standing out from what is generally stated as ordinary. The concept connects to the brand’s hashtag #defyordinary.

The result of our design work was two different ads that were implemented different ad surfaces. 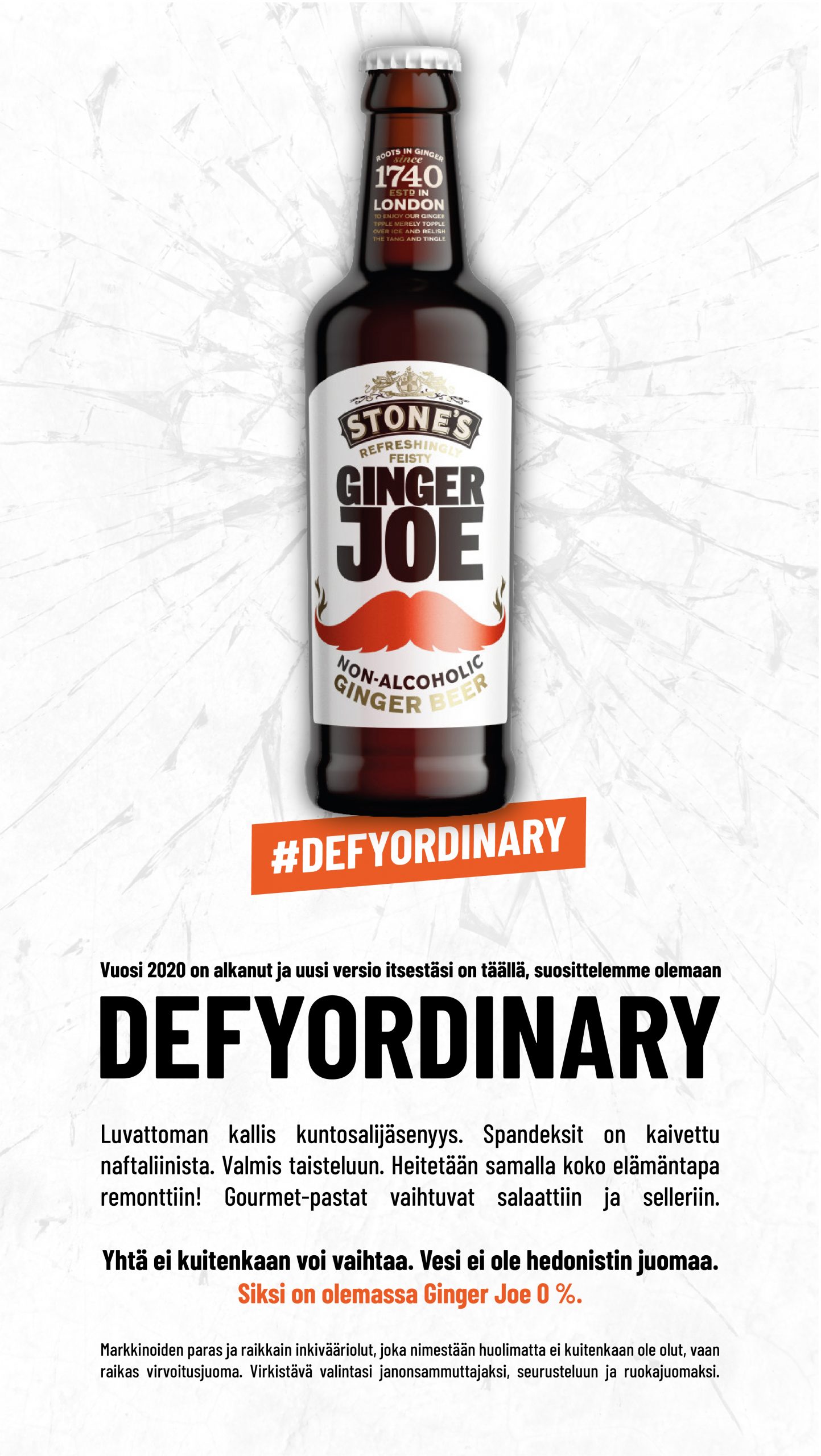 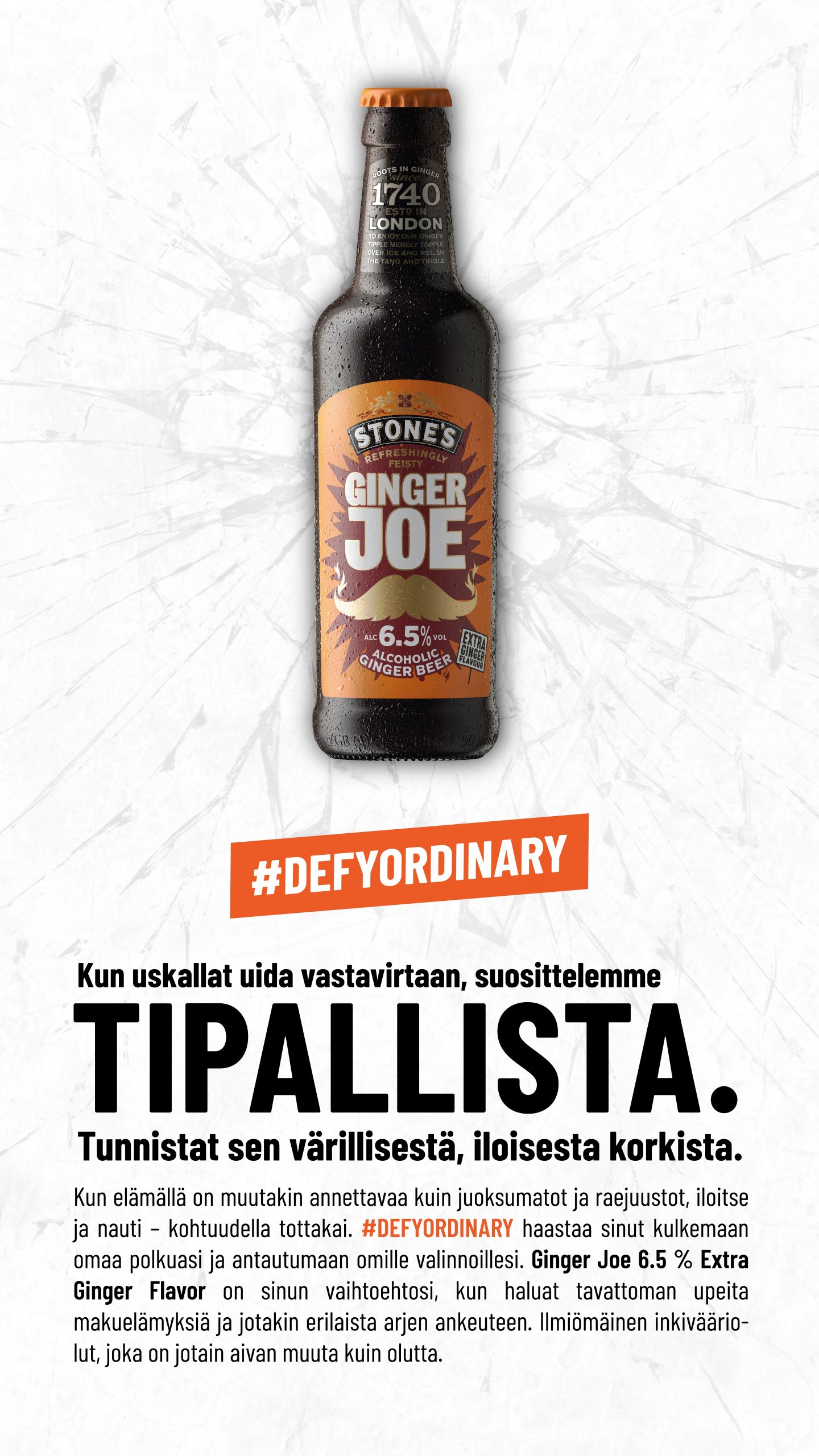 Drop us a line or give us a call. We’re here for you.

CLEAR IS
THE NEW COOL.

CLEAR IS THE NEW COOL.